Your shopping cart is empty

So you want to experience the electric blue for yourself.  Either with the naked eye or as a photographer with camera, this phenomenon is really something to behold.  It’s as amazing in person as it is in the photos, and with the action and movement of the waves it’s actually more immersive in person with the naked eye.  I’m going to share some experience and some tips on how you can get out and catch the electric blue waves.

The first thing you must know is, pessimists need not apply.  This is an optimists “sport”.  You’re not going to catch the electric blue if you are easily defeated and lack the commitment that optimism brings.  Have several locations in mind, you may need backup plans. The second and somewhat obvious thing is you’ll need to be out and about at night and you’ll miss some sleep.  Once you’ve experienced these electric blue critters you’ll certainly be willing to sacrifice some sleep for the love of it all.

To be able to plan for and experience this you have to know at least a little bit about what causes the lighted waves and sparkles in the sand.  In Oregon this is caused by a very tiny creature called a dinoflagellate.  Dinoflagellates have been called algae and also Marine Plankton. Either way they are single cell organisms.  When they are agitated they emit light.  It is believed this emitting of light is a defense mechanism but no one really knows.  But to put it in perspective, it takes millions upon billions of these single celled organisms to light up a wave.  The biggest thing to glean from this is that Dinos need to be agitated to emit light.  Like when a wave crashes, not just rolls, but crashes. The crashing causes this agitation and the little Dino’s emit their light.   Another popular thing to do is walk on the wet sand and watch the sparkles form around your footsteps.  This was how I first discovered bioluminescence.  Walking in the wet sand, later dancing and stomping in the sand to produce a light show out of a movie like avatar.  Sparkles everywhere. Just Delightful!

There are several factors when planning your night out.  The aforementioned above, planning to be somewhere you see agitated surf.  This can be from above the surf at a viewpoint or right down on the beach.  I prefer being above the waves if possible it’s a better show most times.  You should really try both.  If you want to be sure “it’s on” start by checking a viewpoint. Then feel free to proceed to other nearby locations.

Darkness is key!  There are two forms of light that you want to avoid as much as possible.  Moonlight and light pollution.  Both can and will prohibit the ability to see the blue waves.  I suggest checking your local moonset and rise times to avoid the moonlight.  New moon (the opposite of full moon) is always a good night to go as there will be no moonlight at all, all night.

Light pollution is the other.  Try to avoid heavily light polluted beaches.  Pacific city comes to mind.  Cannon Beach to a lesser extent, although I’ve witnessed and photographed the bio blue at Cannon Beach.  If the bioluminescence is real bright most all beaches will grant you some success.  The last part about light is avoid any artificial light for at least 10-15 minutes before you start looking.  No phones or flashlights.  A red headlamp comes in handy as red light will not ruin your night vision. Let your eyes adjust to the dark.

Timing is everything.  Weather. First you account for moonlight, light pollution, and now you’ve got to account for that good old fashioned Oregon weather.  The marine layer is its own thing.  In a way The beach produces its own weather. I like to use the app called Windy or the website Windy.com to check for clouds and rain. If the weather is foggy and thick it will be very difficult going.  I suggest clear nights because you’ll also be able to see the Milky Way and lots of stars.

Timing really is everything.  The Tides.  You will want to be aware of the tides.  Every location is different.  Overall though, an incoming tide closer to the high tide side, seems to have worked best for me.   Again you want as many crashing waves as possible.  So know your locations and plan to be there when the tide is right.  That being said tide is not everything.  If you aren’t seeing anything it does not hurt to wait around until the tide has changed a bit and try again. This has paid off in spades for me.  You may have to wait around until everything’s right. Be prepared.  Music, an audio book, some great company or all of the above.

Location and location scouting.  The truth be told, last year in August I caught bioluminescence at every beach I visited.  The best location in terms of over all view of the phenomenon is closed now.  That was the Jetty observation deck at Fort Steven’s.  The deck is closed for Jetty Construction.  Fort Steven’s is also closed at dark unless you get a permit to camp, or maybe stay at the KOA there.  Cannon beach was also great but you have to catch the tide right to get crashing waves.  Hug point also good.  All of the beaches and viewpoints in Oswald west state park are also good.  The last place I’ll mention is on the southern Oregon coast. It’s open all night. Arch Rock Picnic area.  It’s dark there and there are several haystacks that make for good crashing waves.

The way that I scout is via google earth or google maps.  Arriving early to your location or checking it out in the daytime can help a lot.  You will want to familiarize yourself with your location during light hours so you know the “trails” for the darkness of night.  Nothing like climbing down a steep trail at night that you’ve never been to before.  Scary. Get there early and check it out while you can see great.

Last, when should I go? Well in short June and July at the southern Oregon coast and July and August at the North Oregon Coast.  That’s been my experience the past three years.  August being my favorite month as it’s the best month for the north Oregon coast.  Keep in mind this is a natural phenomenon and it is unpredictable.  So back to that thing, keep an optimists outlook, do your due diligence in planning and don’t let the first place you stop be the only one.  Cheers and may you be blessed in your adventures. 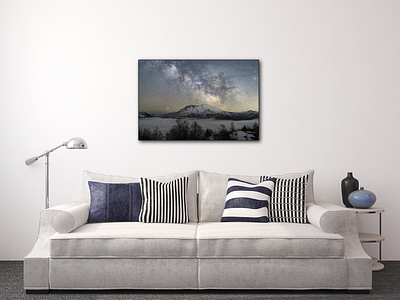 FAQ - About My Prints 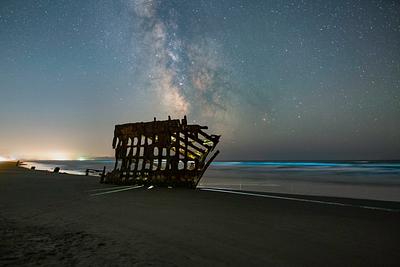 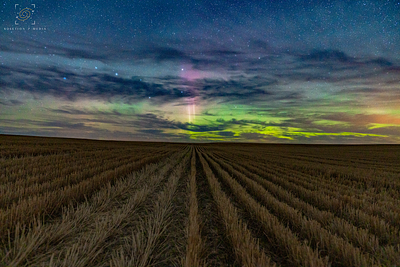 FAQ - About My Prints

#BRLP - A bit about Me and My Journey.